Andrew Wynford Davies (/ˈdeɪvɪs/; born 20 September 1936) is a Welsh writer of screenplays and novels, best known for House of Cards and A Very Peculiar Practice, and his adaptations of Vanity Fair, Pride and Prejudice, Middlemarch, and War & Peace. He was made a BAFTA Fellow in 2002.

Davies was born in Rhiwbina, Cardiff, Wales. He attended Whitchurch Grammar School in Cardiff and then University College, London, where he received a BA in English in 1957. He took a teaching position at St. Clement Danes Grammar School in London, where he was on the teaching staff from 1958–61. He held a similar post at Woodberry Down Comprehensive School in Hackney, London from 1961–63. Following that, he was a lecturer in English at Coventry College of Education (which later merged with the University of Warwick to become the Faculty of Educational Studies and later the Warwick Institute of Education), and then at the University of Warwick.

In 1960, Davies contributed material to the BBC Home Service's Monday Night at Home strand, alongside Harold Pinter and Ivor Cutler. He wrote his first play for radio in 1964 and many more were to follow. In 1960, he married Diana Huntley; the couple have a son and daughter. He is resident in Kenilworth, Warwickshire.[citation needed]

Davies' first television play, Who's Going to Take Me On?, was broadcast in 1967 as part of BBC1's The Wednesday Play strand. His early plays were written as a sideline to his work in education, many of them appearing in anthology series such as Thirty Minute Theatre, Play for Today and Centre Stage. His first serial adaptation of a work of fiction was of To Serve Them All My Days (1980), from the novel by R. F. Delderfield. A Very Peculiar Practice (1986–88) is a campus based comedy-drama series that drew upon his career in education.

He is now best known for his adaptations of classic works of literature for television including Pride and Prejudice (1995) starring Colin Firth and Jennifer Ehle, Vanity Fair (1998), and Sense and Sensibility (2008). He is the writer of the screenplays for the BBC production Middlemarch (1994) and a planned film of the same name once announced for 2011 release.[1][2]Download some things just stick in your mind vashti bunyan rar free.

Davies also co-devised with Bernadette Davis the sitcom Game On for BBC2 and co-wrote the first two series broadcast in 1995 and 1996. The popularity of his adaptation of Michael Dobbs's political thriller House of Cards was a significant influence in Dobbs's decision to write two sequels, which Davies also adapted for television. In film, he has collaborated on the screenplays for the first two Bridget Jones films, based on Helen Fielding novels.

He is a prolific writer for children. The first of his novels was Conrad's War, published by Blackie in 1978. Davies won the annual Guardian Children's Fiction Prize, which is judged by a panel of British children's writers and recognises the best book by an author who has not yet won it.[3] He has written Alfonso Bonzo (book and television series) and the adventures of Marmalade Atkins (television series and numerous books). He also wrote the stories Dark Towers and Badger Girl for BBC TV's Look and Read programmes for schools audiences.

2008 saw the release of his adaptations of the 1999 novel Affinity by Sarah Waters, Evelyn Waugh's Brideshead Revisited (a film), Charles Dickens' Little Dorrit (a BBC series). Little Dorrit won seven of eleven Emmy nominations and earned Davies an Emmy for Outstanding Writing for a Miniseries.

Adaptations of Dombey and Son, one of Dickens' lesser-read works and Anthony Trollope's Palliser novels were scrapped by the BBC in late 2009, following a move away from 'bonnet dramas'.[4]

ITV was looking to recreate its period drama success with Downton Abbey with a new series Mr Selfridge, written by Davies and starring Jeremy Piven.[5] An initial ten-part series first aired on 6 January 2013 and it has run for 4 series by 2016.

Davies' six-part adaptation of Leo Tolstoy's War & Peace was broadcast on BBC One in January and February 2016.[6] Following its success, the BBC announced in July 2016 that it would be followed up with a six-part adaptation of Victor Hugo's Les Misérables to be scripted by Davies.[7] In May 2017, it was announced that BBC will adapt Vikram Seth's magnum opus A Suitable Boy into an eight-part series to be scripted by Davies.[8]

In May 2018, he announced at the Hay Festival that he is adapting John Updike's Rabbit, Run for television.[9]

Based on the TV series 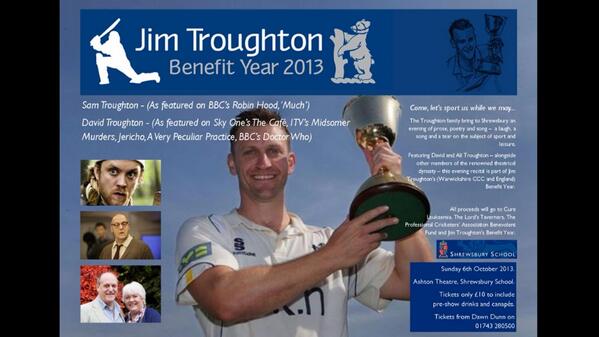