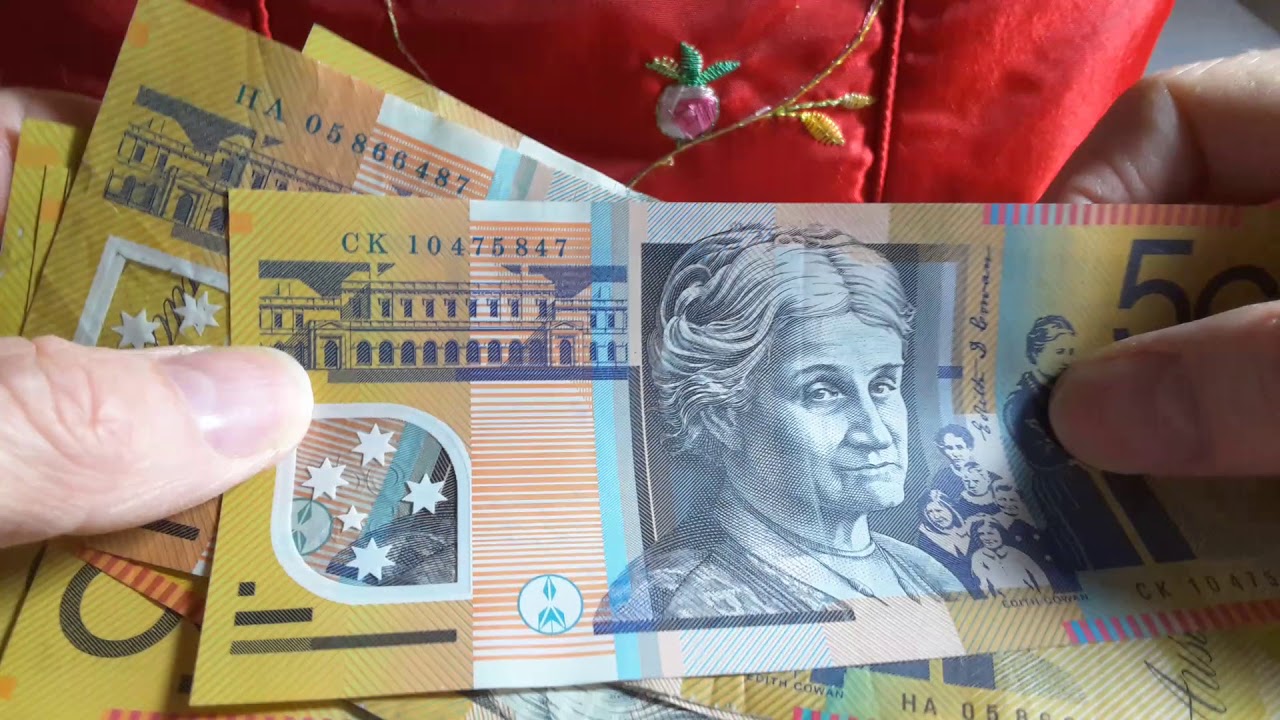 The Australian one-pound note was the most prevalent bankote in circulation with the pound series, with the last series of 1953–66 having 1,066 million banknotes printed.[2] The first banknotes issued were superscribed notes purchased from 15 banks across Australia and printed with Australian Note and were payable in gold.

Rare Australian Decimal Polymer Banknotes. Signatures: McFarlane/Evans. Serial Numbers: HB97988180/81. LAST PREFIX 0f 1997 Grade: Uncirculated. Notation: One pair only in stock. First to see will buy. One of the highest appreciating polymer banknotes, showing annual capital growth of 11.5% since the introduction of 1997. Compared to star notes where in most cases there were over 200,000 notes.

In May 2015, the National Library of Australia announced that it had discovered the first £1 banknote printed by the Commonwealth of Australia, among a collection of specimen banknotes. This uncirculated Australian Pound (£1) note, with the serial number (red-ink) P000001, was the first piece of currency to carry the Coat of Arms of Australia, and carries the imprinted signatures of George Allen (Secretary of the Treasury; 1 January 1901 – 13 March 1916) and James Collins (Assistant Secretary, later Secretary; 14 March 1916 – 26 June 1926). Soon after its production in 1913, it was presented to the then Prime Minister, Andrew Fisher, who retained it until 1927 when he gave it to then prime minister Stanley Bruce for donation to the Parliamentary Library. At that time, the National Library was part of the Parliamentary Library. There is a contemporaneous record in the National Archives of the accession of the note into the national collection. The curator of the collection said that the note had been placed it into a conservation sleeve sometime in the past 30 years, and that notes with similar rarity and provenance and age to this note, have been sold for over A$1m.[3]

The Australian one hundred-dollar note was first issued in 1984 as a paper note.[2] There have been two different issues of this denomination: initially a very light turquoise-blue paper note, and from May 1996, a green polymer note.[3] Since the start of issue there have been six signature combinations. Two other combinations were not issued.[citation needed]

In December 2016 it was reported that Australia may abolish its $100 note to close down loopholes used by the black economy.[4] However, the Reserve Bank of Australia officially stated that there are no plans to abolish the $100 note.[5]

The paper issue has a portrait of Antarctic explorer Sir Douglas Mawson, with a background of a mountain range with a geological strata format. A large diamond shape appears to the left of the main picture. Astronomer John Tebbutt is on the reverse, with a background of the observatory he built and a local church.[6]

The paper design includes a watermark of Captain James Cook in the white field, and a metallic strip embedded in the paper to the left (on the obverse side) of the note. The same watermark was used in the last issue of the pre-decimal banknotes.[citation needed]

The polymer issue includes a shadow image of the Australian Coat of Arms, which is printed over. In the clear window, there is embossing—or a raised image—of the number 100 and a print of a lyrebird. Also for this issue, fluorescent colouring was added to the serial numbers, as well as a patch that shows the banknote's value under ultraviolet light. The star's four points on the obverse and three on the reverse join to form the seven-pointed Federation Star when the note is held up to the light. Raised print and micro-printing of the denomination value are also included.[7][8] 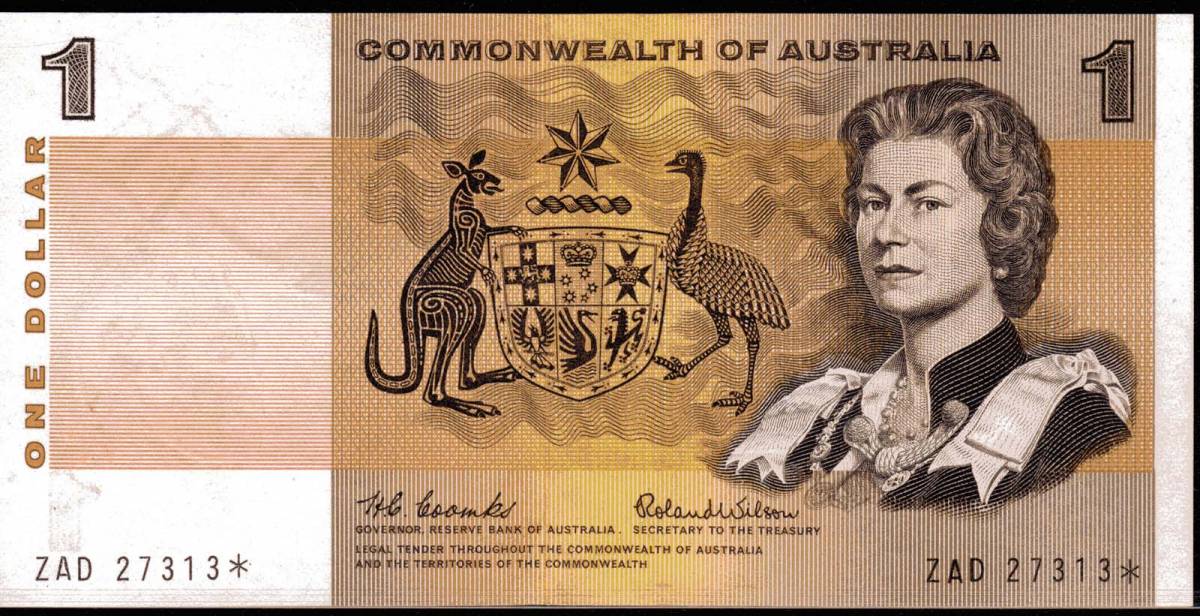