The Barry Gibb Talk Show is a recurring sketch on Saturday Night Live about a talk show starring Bee Gees lead singer Barry Gibb (played by Jimmy Fallon) and his brother, Robin Gibb (Justin Timberlake).[1][2] The sketch was created by writers Ken Scarborough and Steve Higgins based on an idea from Fallon.[3]

The sketch is characterized by Barry Gibb's accent as well as his falsetto voice, which he breaks into randomly while speaking, and his extremely short temper with his guests, usually political figures. Meanwhile, Robin provides lackluster answers to Barry's questions (usually 'No. No, I don't.') as well as humorous backup for their call and responsefalsetto singing, particularly in the opening and closing credits. Both he and his brother appeared on the March 16, 2010 episode of Late Night with Jimmy Fallon where they all performed together.

I've tried everything including pulling my hair out. 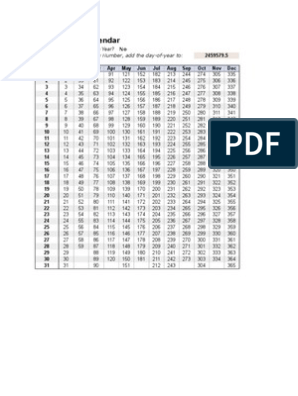 The sketch uses the music of the Bee Gees' 1975 hit 'Nights on Broadway' (with parody lyrics) as its theme.

Six episodes of The Barry Gibb Talk Show aired; the first since Robin's death aired on December 21, 2013 and featured cameos from the real Barry Gibb and Madonna.

Justin Timberlake hosted and performed as the musical guest on the premiere episode of The Barry Gibb Talk Show. Barry's guests included Al Franken (played by Jeff Richards), Arianna Huffington (Rachel Dratch) and the then-Lieutenant Governor of California, Cruz Bustamante (Horatio Sanz). At the time, both Huffington and Bustamante were running for Governor of California amidst the recall election that eventually ousted Gray Davis. The show is memorable for Timberlake's inability to maintain a straight face during Fallon's rantings. He can be seen lowering his head occasionally in an attempt to disguise his laughter. This was the only Barry Gibb Talk Show sketch performed while Fallon was still a cast member.

Host Cameron Diaz was dating Timberlake at the time. Fallon returned because he was about to premiere in Fever Pitch with Drew Barrymore. Barry's guests were Nancy Pelosi (Diaz), Ann Coulter (Barrymore), and New Mexico Governor Bill Richardson (Sanz).

Fallon returned for the season finale, Timberlake's fourth hosting turn. Guests included Rachel Maddow (Abby Elliott), Roland S. Martin (Thompson), and Ben Bernanke (Armisen), but the Gibbs spent little time conversing with them except for Bernanke, who occasionally interrupted (drinking water, cell phone ringing). Barry yelled 'I survived The Rapture!', referring to the then-recent end of the world predictions. After Robin revives Barry using gold medallions that produce the same result as a defibrillator, the Gibbs close the sketch by rapping the 'Rappers Delight' lyrics over the closing theme.

Fallon hosted while Timberlake was the musical guest for the episode. Guests included Megyn Kelly (Cecily Strong), Paul Ryan (Taran Killam), and Madonna (as herself). At the end of the sketch the real Barry Gibb made an appearance, singing and dancing with Fallon and Timberlake, comically pointing to Fallon's chest hair at 'Talkin’ about chest hair. Talkin’ about crazy cool medallions!'