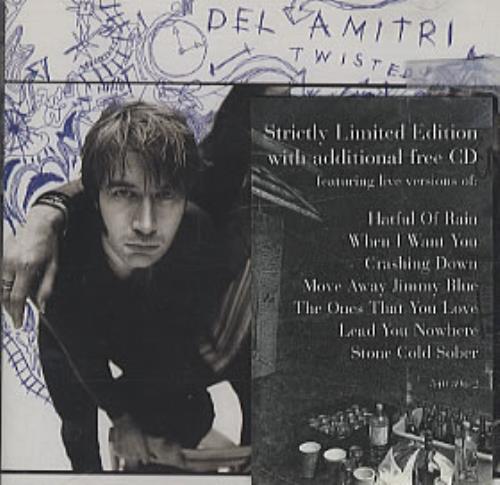 A Hatful of Music was a Canadian. The frank depiction of drug addiction in a feature film was a rarity for. (Del Amitri album) topic. Twisted is the. Love this band and would have loved to have been able to get to the gig (they have been supporting Del Amitri thus the rare visit. I also think their later 3 lps stand up to the early stuff although as you say older and wiser.

Del Amitri's member and songwriter, Justin Currie, said in 2010 that the band's name 'was invented to be meaningless – basically a corruption of the Greek name 'Dimitri'.'[5] In 2018, he said that 'Del Amitri' was based on the name of the producer of a movie he saw in 1979 – '..probably Dimitri-something, but we couldn't remember..'[6] Many sources have said that the name was chosen because it is Greek for 'from the womb',[7] but this is untrue.[8]Autodesk 3ds max 2010 64 bit crack download.

The current members of the band are:

Currie and Harvie are the main songwriters for the band. 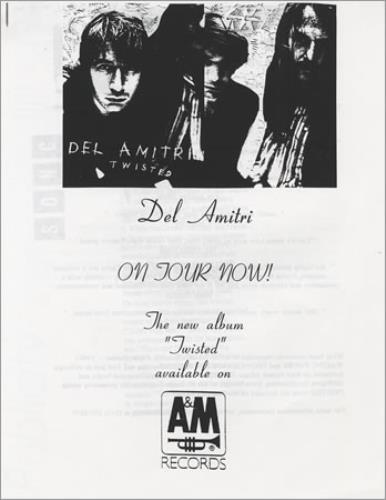 Del Amitri are a Pop-rock guitar band, formed in Glasgow, Scotland in 1980. They came together at school as teenagers when Justin Currie (bass and vocals), James Scobbie (guitar and vocals) and Donald Bentley (guitar) formed a band in reaction against the rest of the 'rockers' in the school. The name was chosen deliberately because it didn't mean anything but sounded a bit like someone's name - early Del Amitri did not want to be classified and their existence was kept secret from the rest of the school.

Early rehearsals in Justin's parents house were followed by a move to secret rehearsal space behind some storage cartons in the basement of Glasgow Art Centre (now defunct). Later on the band secured official rehearsal space at the Art Centre in a proper room with a cupboard to keep their gear in. Postcard Record signing and future megastars Aztec Camera rehearsed in the room next door. At this time Paul Tyagi (drums) joined the band as its first drummer. The first recorded Del Amitri track 'What she Calls it' was the B side of a flexi-disc given away free with Stand and Deliver fanzine - the A side was given to another future Glasgow megaband The Bluebells. Unable to read music, early Del tracks were arranged and remembered according to 'bits' named after musical influences that included from Genesis, Captain Beefheart and Orange Juice.
Guitarists Bentley and Scobbie left in 1982 for university and the band faced a brief uncertain future until Justin Currie placed an advert in the window of a music store asking for people who could play to contact him, and the new line-up was formed with Currie (bass and vocals), Iain Harvie (lead guitar), Bryan Tolland (guitar) and Paul Tyagi (drums). The first non-flexi 45 single was 'Crows in the Wheatfield' with cover design by artist Laura Michael. Tyagi left after the release of the first album three years later becoming a successful photographer. Currie and Harvie were the only members of the band to remain present throughout its history ? they were also the main songwriters of the group.
Jon McLoughlin (recorded and toured with the band during 'Some Other Suckers Parade') passed away in March 2005 from complications of Diabetes. He was 42.