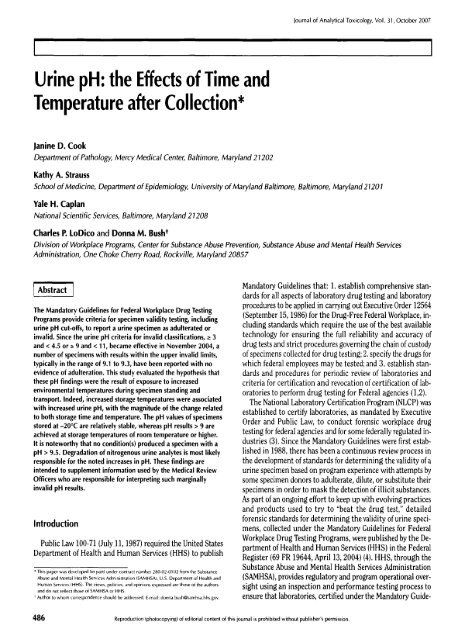 Legitimate use of legal intranasal decongestants containing l-methamphetamine may complicate interpretation of urine drug tests positive for amphetamines. Our study hypotheses were that commonly used immunoassays would produce no false-positive results and a recently developed enantiomer-specific gas chromatography–mass spectrometry (GC–MS) procedure would find no d-amphetamine or d-methamphetamine in urine following controlled Vicks VapoInhaler administration at manufacturer's recommended doses. To evaluate these hypotheses, 22 healthy adults were each administered one dose (two inhalations in each nostril) of a Vicks VapoInhaler every 2 h for 10 h on Day 1 (six doses), followed by a single dose on Day 2. Every urine specimen was collected as an individual void for 32 h after the first dose and assayed for d- and l-amphetamines specific isomers with a GC–MS method with >99% purity of R-(−)-α-methoxy-α-(trifluoromethyl)phenylacetyl derivatives and 10 µg/L lower limits of quantification. No d-methamphetamine or d-amphetamine was detected in any urine specimen by GC–MS. The median l-methamphetamine maximum concentration was 62.8 µg/L (range: 11.0–1,440). Only two subjects had detectable l-amphetamine, with maximum concentrations coinciding with l-methamphetamine peak levels, and always ≤4% of the parent's maximum. Three commercial immunoassays for amphetamines EMIT® II Plus, KIMS® II and DRI® had sensitivities, specificities and efficiencies of 100, 97.8, 97.8; 100, 99.6, 99.6 and 100, 100, 100%, respectively. The immunoassays had high efficiencies, but our first hypothesis was not affirmed. The EMIT® II Plus assay produced 2.2% false-positive results, requiring an enantiomer-specific confirmation.

Amphetamines are an important component of many workplaces, judicial and clinical drug-testing programs because of their high abuse potential. For methamphetamine and amphetamine, stereoisomer determination is important for proper result interpretation. The S(+) or d-stereoisomers are strong central nervous system stimulants releasing dopamine from storage vesicles and interfering with dopamine transporter function. Methamphetamine and amphetamine have high abuse liability due to increased dopamine release in the extracellular synapse. The R(−) or l-isomers have milder dopaminergic effects, with l-methamphetamine marketed as a nasal decongestant in Vicks VapoInhaler. Failure to identify the correct methamphetamine stereoisomer in urine can result in incorrect interpretation of urine drug tests. An older case report described a patient accused of abusing an illicit drug until a specific gas chromatography–mass spectrometry (GC–MS) test found l-methamphetamine in his urine, confirming his assertion that he used Vicks VapoInhaler ().

Most urine drug-testing programs in the 1980s utilized GC–MS for confirmation but did not have specific isomeric methods. Fitzgerald et al. () published one of the first GC–MS methods for distinguishing methamphetamine isomers in urine with N-trifluoroacetyl-l-prolyl (l-TPC) derivatives, and this remains the commonest method in US drug-testing programs today. One limitation of this assay is that the derivatizing reagent contained a small and variable amount of N-trifluoroacetyl-d-prolyl (d-TPC). d-TPC produced a derivative of l-methamphetamine that co-eluted with the l-TPC derivative of d-methamphetamine. This co-eluting compound could be mistaken for d-methamphetamine and was one reason that federal guidance to medical review officers required that a minimum of 20% d-methamphetamine was necessary to define a positive d-methamphetamine specimen (3). The manufacturer claims that Vicks VapoInhaler contains <1% d-methamphetamine; however, laboratories participating in National Laboratory Certification Program (NLCP) proficiency testing reported up to 2.5% d-methamphetamine in a Vicks VapoInhaler extract (Personal communication from Dr Francis Esposito, RTI International, Research Triangle, NC, NLCP Proficiency Program, April 2014). Paul et al. () published a method with R-(−)-α-methoxy-α-(trifluoromethyl)phenylacetyl (MTPA) chloride that was >99% pure for derivatization of amphetamines and methylenedioxyamphetamines. This method made possible the reexamination of Vicks VapoInhaler purity.

Peak l-methamphetamine urine concentrations from three subjects following Vicks VapoInhaler intake every 20 min for 6 h were 1,520, 1,950 and 6,000 µg/L (). These doses were much higher than recommended, but demonstrated that individuals might have a false-positive methamphetamine urinalysis following Vicks VapoInhaler intake. A comprehensive study of the clinical pharmacology of intranasal l-methamphetamine in 12 human participants was conducted, including urine and blood concentrations (). Two inhalations per nostril for four dosing sessions separated by 2 h each or 16 inhalations were administered according to manufacturer's instructions. Subsequent studies increased the dose to 32 and then 64 inhalations over 8 h. The primary purpose of urine measurements was to determine the total amount of drug excreted; therefore, each urine void was not collected. Urine was pooled from 0 to 12, 12 to 24 and 24 to 36 h. The mean mass of l-methamphetamine excreted for each 12 h period was ∼15, 25 and 50 µg for the 16, 32 and 64 inhalation conditions, respectively. These amounts represented total excretion of about half the administered dose as l-methamphetamine and 4% as l-amphetamine.

With the advent of alternative matrices to detect use or abuse of amphetamines, it became important to have a more detailed pharmacokinetic urine profile following controlled administration of Vicks VapoInhaler. It also was important to determine the frequency of false-positive results from commonly employed immunoassays. In many drug-testing programs, positive immunoassay results are confirmed with a GC–MS method that is not stereospecific. The percent of d- and l-methamphetamine is determined only if requested by the medical review officer. This study examined d- and l-methamphetamine and d- and l-amphetamine concentrations in urine specimens collected from the subjects inhaling Vicks VapoInhaler following manufacturer's recommended doses. Concentrations of S(+)/d- and R(−)/l-isomers of methamphetamine and amphetamine were quantified in each urine specimen by GC–MS. Each urine specimen also was analyzed by three commercial immunoassays for amphetamines that are commonly employed in federally mandated drug-testing programs. 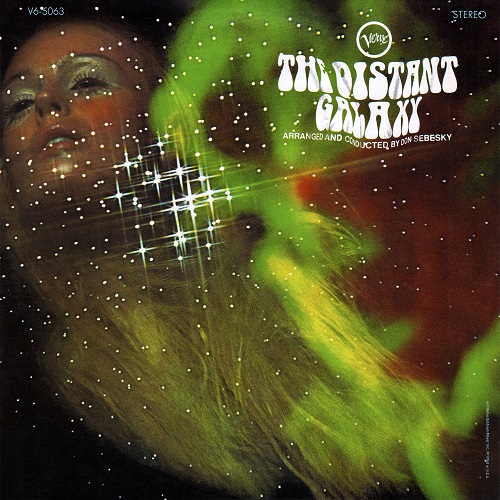 Participants entered the secure research unit ≥2 h before dosing. A urine specimen was collected in a polypropylene container prior to dosing. An aliquot was analyzed for amphetamines with an iScreen (Blue Grass Drug Screen, Inc.), and a urine pregnancy test was performed for females. Subjects with positive results were excluded. In accordance with the manufacturer's recommended dosage, each participant on the first day inhaled from a Vicks VapoInhaler twice in each nostril every 2 h between 09:00 h and 19:00 h (total of 24 inhalations), and at 06:00 h on the second day (four inhalations). The inhaler contained 50 mg l-methamphetamine, with 0.04–0.15 mg administered per inhalation (total of up to 0.60 mg l-methamphetamine per dose). Every urine sample was collected ad libitum for 32 h after the first and 11 h after the last dose. The volume of each urine void was measured, 1 mL aliquoted for immunoassay testing and the remainder stored at −20°C for GC–MS testing. Urine analyses were performed by the United States Army Forensic Toxicology Drug Testing Laboratory, Fort Meade, MD 20755, USA, an NLCP-certified laboratory. Samples were analyzed blind by the Army laboratory and blind quality control samples, prepared by the Chemistry and Drug Metabolism Section, Intramural Research Program (IRP), NIDA, Baltimore, MD 21224, USA, were included within each batch. Blind quality control samples containing d- and l-isomers of methamphetamine and amphetamine prepared in urine at concentrations of 100 and 500 µg/L were distributed randomly among specimens from participants and analyzed along with the specimens.

All specimens regardless of immunoassay results were tested by GC–MS for l-amphetamine, d-amphetamine, l-methamphetamine and d-methamphetamine. Specimens were thawed and precise aliquots transferred to barcode-labeled tubes for GC–MS analyses. When quantifications were above the upper limit of linearity (ULOL), specimens were re-aliquoted, diluted and analyzed to obtain results based on data in the linear range.

Each of the amphetamines immunoassays evaluated had efficiencies >97% (Table II). Blind quality control samples prepared in urine were analyzed along with participant specimens and included in this evaluation. Twelve of the blind quality control samples provided true-positive d-methamphetamine and d-amphetamine samples to the study set. The total number of specimens evaluated was 415, except for the KIMS amphetamines assay. This assay was removed from the market by Roche Diagnostics during the study, yielding 262 total samples. The three commercial immunoassays for amphetamines EMIT® II Plus, KIMS® II and DRI® had sensitivities, specificities and efficiencies of 100, 97.8, 97.8; 100, 99.6, 99.6 and 100, 100, 100%, respectively. Despite the high efficiency of each immunoassay, the EMIT® II Plus Amphetamines assay produced more false-positive results than anticipated based on the manufacturer's stated cross-reactivity. For example, two of the nine false-positive results had l-methamphetamine concentrations of 534 and 587 µg/L with l-amphetamine <24 µg/L and no d-isomers. Laboratories employing this technique might require more stereospecific confirmation analyses.

Creatinine-normalized l-methamphetamine concentrations versus time after the first Vicks VapoInhaler inhalation for 17 subjects. Arrows indicate the time of each dose, i.e., two inhalations in each nostril/dose, with six doses separated by 2 h on Day 1 according to manufacturer's instructions and a single dose on Day 2.

This work was supported by the Intramural Research Program of the National Institutes of Health, National Institute on Drug Abuse and the Division of Workplace Programs, Substance Abuse Mental Health Services Administration.

The authors thank Megan Taylor, Clinical Protocol Coordinator, CDM, IRP, NIDA, for her valuable assistance. The opinions in this article are those of the authors and do not necessarily reflect the views of the Department of Army or Department of Defense.