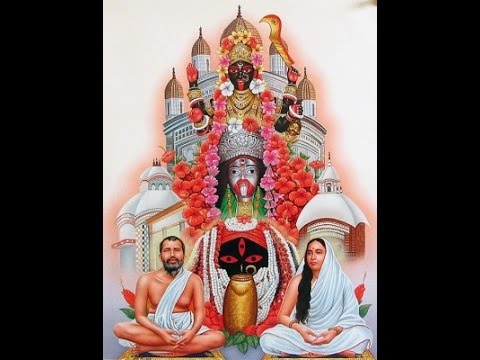 Sadak 2 (transl. Road 2) is an upcoming Indian Hindi-language drama film directed by Mahesh Bhatt and produced by Mukesh Bhatt under their banner Vishesh Films. The film is the sequel to the 1991 film Sadak. The sequel stars Sanjay Dutt, Alia Bhatt, Pooja Bhatt, and Aditya Roy Kapur.[2][3] The film marks Mahesh Bhatt's return as a director after 20 years.[4]

The film is about Ravi's depression and how he helps a young woman's encounter with a godman, who is out to expose this fake guru running an ashram.[4] The shooting began on 18 May 2019,[5] and the film was shot in Ooty, Mumbai, Mysore and Uttarakhand. It is scheduled to release on 10 July 2020.[1]

Jeet Gannguli, Ankit Tiwari, and Samidh-Urvi have composed the music, assisted by Keshav Tyohar. This is Samidh Mukherjee's debut in Bollywood as a composer along with his partner Urvi and the duo composed the title track which has been written by Vijay Vijawatt and sung by KK. The song was first created for a TV serial, but Mahesh Bhatt loved its catchy tune and selected it for the movie. Arijit Singh, Ankit Tiwari, Jubin Nautiyal, Palak Muchhal, Javed Ali have also given their voices in the music album. Alia Bhatt recently recorded a song with Jeet Gannguli titled 'Shukriya'.

The film was announced on 20 September 2018 by Alia Bhatt on Twitter, where She revealed the details of the film.[7] On 8 April 2019, it was confirmed that the principal photography will commence in middle of May 2019.[2]

The principal photography began on 18 May 2019.[5] On 19 May 2019, Makarand Deshpande was confirmed to play the main antagonist in the film. Alia Bhatt joined the filming from 21 May 2019.[8] The first schedule of the film was completed in the third week of May in Mumbai. The second schedule began in Ooty in mid July 2019.[9][10]

On 20 September 2018, the first teaser of the film was released on Instagram by Alia Bhatt, incidentally it marked the seventieth birthday of the director Mahesh Bhatt.[7]

Bamakhepa (1837–1911),[1](Bengali: বামাক্ষ্যাপা) born Bamacharan Chattopadhyay, popularly known as the 'mad saint,' was a Hindu saint, held in great reverence in Tarapith and whose shrine is also located in the vicinity of the Tara temple in Birbhum. He worshipped Maa Tara as if she was his own mother. He was born at Atla village in Rampurhat subdivision of Birbhum district.[2]

Bamakhepa, goddess Tara's ardent devotee lived near the temple and meditated in the cremation grounds.[1] He was a contemporary of another famous Bengali saint Ramakrishna. At a young age, he left his house and came under the tutelage of a saint named Swami Makshadananda, who lived in a village name Dakshingram, in Birbhum district. Later he relocated to maluti, an old temple village on the banks of Dwarka River. He stayed in Mouliksha temple for continuing the worship of Holy Mother.

He perfected yoga and Tantric sadhana (worship)under the tutelage of his guru baba Kailashpati, which resulted in his becoming the spiritual head of Tarapith. People came to him seeking blessings or cures for their illness, in distress or just to meet him. He did not follow the set rules of the temple and as result was even once roughed up by the temple priests for taking food meant as offering for the deity. It is said: Tara appeared in the dream of Maharani ('Queen') of Natore- Rani Bhabani and told her to feed the saint first as he was her son. After this incident, Bamakhepa was fed first in the temple before the deity and nobody obstructed him.[3] It is believed that Tara gave a vision to Bamakhepa in the cremation grounds in her ferocious form and then took him to her breast.[1]

Beginning in 2007, a teleserial named 'Sadhak Bamakhepa' about Bamakhepa ran on television in Bengal. By late 2011, it had run for 1500 episodes.[4]