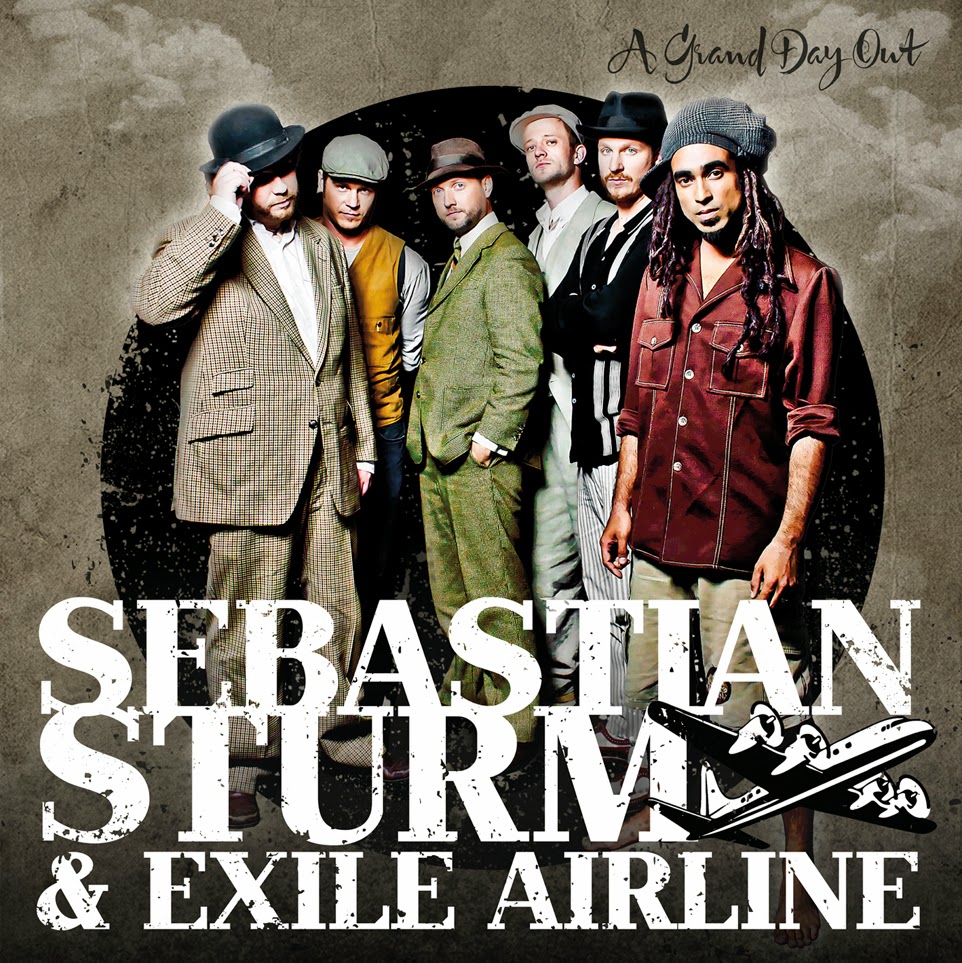 Artist: Sebastian Sturm
Title: The Kingston Session
Year Of Release: 2015
Label: Rootdown Records
Genre: reggae, roots reggae
Quality: FLAC (tracks+.cue+.log)
Total Time: 46:20 min
Total Size: 258 MB
WebSite: Album Preview
Since 2006, Sebastian Sturm is an integral part of the European roots reggae scene and regularly performs on stages in Germany, France, Poland, Italy, Portugal, Austria and Switzerland. With the incomparable voice of the half Indonesian and his exceptional band, Exile Airline, their music has a distinct sound that is not usually found in Reggae. Live they convince with a variety of sounds, ranging from “Traditional” to “Modern Roots” to “Ska” and “Jazz”. With their pure energy and love for music, they are bound to captivate every audience.
After producing four studio albums in Germany, “The Kingston Session” is the first production coming out of the legendary Harry J Studio/Jamaica, where Bob Marley himself recorded some of his best albums.
Samuel Clayton Jr. was the key man for this link. He has worked with stars such as Steel Pulse, Toots and the Maytals, and also produced Sebastian Sturm’s album “A Grand Day Out“. After many tours, the idea for a live session developed. Rather than producing it in Germany, Clayton and Stephen Stewart, the producer at Harry J Studio, invited Sebastian Sturm and Exile Airline to the homeland of Reggae.
In Jamaica, Clayton and Stewart turned out to be excellent tour guides. They took the band on a journey into the history and life of one of the most inspirational places in the world. Burning with creative and musical power, this trip resulted in “The Kingston Session“!
In two days, nine live songs were born. The uncompromising “Jam and Live” atmosphere gives familiar songs a new unique sound that is usually only experi- enced at concerts. The central message is:
“True music! Through music I found a way to discover my soul!“
In the end, the fans closed the circle, as this production was only made possible by their support, loyalty and love for music. Culture needs to be alive, and this is only possible through the connection between artist and audience. The more than successful crowdfunding of this project shows that Sebastian’s fans are far from the unengaged radio audience. With more than 10 000 Euros funded, they all signed the statement: True music is free!
“The Kingston Session” is alive! The audience and the musicians sit in the studio together. There is no filter, no division. From Jamaica to Germany, out into the world. Tune in! “Great sound is all around us!“
Tracklist:
01. Sebastian Sturm - True Music (3:13)
02. Sebastian Sturm - Get Going (4:37)
03. Sebastian Sturm - This Change is Nice (5:08)
04. Sebastian Sturm - Free Man in Peace (8:54)
05. Sebastian Sturm - One Moment in Peace (5:48)
06. Sebastian Sturm - Grand Day Out (4:44)
07. Sebastian Sturm - Time (4:46)
08. Sebastian Sturm - Don't Look Back (4:02)
09. Sebastian Sturm - Faith (5:09)
IsraCloud Links:
2015-The-Kingston-Session-CDRip-FLAC.rar - 258.3 MB

Artist: Sebastian Sturm
Title: Get Up & Get Going
Year Of Release: 2011
Label: Soulbeats Records
Genre: Reggae, Roots Reggae
Quality: CBR 320 kbps / FLAC (tracks)
Total Time: 47:55 min
Total Size: 116 mb / 313 mb
WebSite: Album Preview
In 2006, Sebastian Sturm’s debut album “This Change is nice“ takes both critics and lovers of classic roots rock reggae by surprise. The 70s off-beat interpretation by the native of Aachen, Germany, with German-Indonesian roots is met with acclaim and instantly propels him onto the European scene.
In contrast to the relaxed tempo of his roots sound and the dancehall scene, Sebastian quickly becomes a shooting star in the world of Caribbean sounds. Driven by the decades-long experience of the Jin-Jin band, Sebastian’s concerts form an integral part of festival stages in Bersenbrück (Reggaejam), Cologne (Summerjam), Paris (Zenith), Bordeaux (Reggae Sun Ska) all the way to Udine (Rototom) in Italy.
Such cold starts usually fail to live up to the expectations of the follow-up album, but Sebastian refutes this preconception in 2008 with his second LP, “One Moment in Peace”. Europe’s biggest Reggae magazine, “Riddim”, praises Sebastian as “…an advanced artist, who seems to be the coming star of Roots Reggae”. In parallel to their own tour, Sebastian Sturm & Jin Jin play to sold-out 3,000 – 5,000 seaters in France as support for Groundation & Gentleman. Besides his onstage success, Sebastian and his cohorts gain an excellent reputation backstage on their unplugged sessions. The eventful year culminates in an appearance at the “Reggae Sun Ska Festival” in Southern France, where Sebastian performs alongside Jahcoustix and one of his personal 70s heroes: “Kiddus I” – an exclusive encounter, which will later lead to a lasting friendship, further surprise concerts, and a collaboration for the third album.
The work on album no. 3 proves to be more difficult than for its predecessors. As a result, a new constellation by the name of “Exile Airline” is forged around Sebastian, which distinctly shapes the sound of the album. Philip Breidenbach debuts as producer and a deliberately chosen, classic band line-up sparks a new fire. Unfolding in a handful studio sessions in the winter of 2010, “Get Up & Get Going” is an album that remains faithful to the “Sturm sound” while incorporating new influences and musical elements. The mixture has also convinced the most successful Reggae label in Germany, Rootdown Records, who will release “Get Up & Get Going” in the autumn of 2011. For Sebastian Sturm & Exile Airline this means nothing else but: Get Up & Get Going.
TRACKLIST:
01. Get Going (04:12)
02. Responsibility (04:15)
03. Don't Look Back (03:52)
04. Children, Don't Go Blind (03:31)
05. Never Been As Sad (04:58)
06. Burn the Money (03:27)
07. It's Not Just (04:40)
08. Movin' Away (03:06)
09. Faith (04:24)
10. Life Was a Bubble (03:48)
11. Upside Down (03:40)
12. Tear Down the Walls (feat. Kiddus I) (03:45)