During WWII, Germany asserted its power by nearly closing the supply line to Europe, almost strangling U.S. forces of their supplies and resources. U-boats were much feared for their ability to silently stalk convoys and wreak havoc on them with truly destructive force. While their stealth was frightful, their fragility was their Achilles heel. Once discovered, the submariners often had to survive pummeling by depth charges or strafing while surfaced. Truly harrowing times.

Silent Hunter II places you as the commander and crew of a German Kreigsmarine U-boat. Taking place in the Atlantic Ocean, your mission is to battle United States and British forces, keeping critical supplies from reaching the Allied troops in Europe. All aspects of ship operation are your responsibility. Navigation, repair, and reconnaissance are critical and up to you. It’s a very solitary existence and all too often, the outcome is grim. How does it feel to be the bad guy?

Silent Hunter II is a simulation in the classic sense. No point scoring arcade version is available; you don’t sink ships in a time limit or shoot down attacking planes for kudos. It is a deliberate, slow-paced game that will take hours to complete. As with most simulations, the detail is fairly impressive; everything from the ship’s control panels to your opponents tactics are designed to recreate these epic confrontations accurately. Not only do you have to find the correct station or control panel, you often have to learn how to operate it.

Though the storyline takes place over 50 years ago, the complexity of a submarine is daunting. Several systems require attention for both monitoring and operating. The ship is operated via fifteen control panels: Helm Controls, Radio Room, Torpedo Fire Control System, Deck Gun, Sound Station and so on. Each has its own iconic button at the bottom of the screen allowing reasonably quick navigation of the various panels. Also, floating control panels allow easy access to some of the more often used functions. You simply click on the button and you are delivered to that respective station. To navigate your U-Boat via large area map, go to the Plot Room; to check the re-load status of torpedo tube three, click to the Torpedo Status Screen. It’s logical and intuitive.

If you’re on the deck and want to change the ship’s direction without going to the Helm (which is deep in the ship), just pop open the floating controls and a smaller version of the navigation system is at your disposal without sacrificing your view.

Once you’ve familiarized yourself with the control panels and such, you’re ready to commence with the training exercises. They cover the basics of navigation, ship control, torpedo launching, defense of your ship (via machine guns) and simple strategy. Initially you learn your way around the ship; which screens and panels control different aspects of the ship and armament. Submerging, turning, changing depth, operating the periscope and so on. The second exercise entails actually attacking a small convoy of ships. There isn’t much challenge to it though it’s fun and is confidence building. Lastly, you must defend your ship against attacking airplanes using the deck gun. While it’s somewhat more difficult, they are, in fact, just flying loops around you and not inflicting any damage. Again, fun and no pressure.

Upon completion of the training, you can take part in the eight missions individually, create a mission or complete a campaign. Sinking ships off the eastern seaboard or an aircraft carrier near Gibraltar, they vary in complexity and locale. They may be played in any sequence and done over and over as you like. In a sense, they’re also training missions though based on real missions and documented encounters between Axis and Allied forces. The historic nature of these missions lends itself to creating tension and realism; who wouldn’t imagine himself or herself as an actual submariner involved in these conflicts. One drawback is that since these missions are arguably historic documents, not much variance is allowed. You may botch an attack or have a dud torpedo but the objective doesn’t change.

Another game mode is 'Create a Mission.' You control factors like patrol area, weather, period (which dictates the level of technology used) and whether you’ll encounter convoys, warships or submarines. No scoring mechanism exists for these missions (or the pre-scripted missions) so you simply do it for the experience. Like not counting hoops.

A full campaign is where you test your mettle. All of the experiences and knowledge you’ve gained will be required to fill your medal case and hopefully garner a place on the Top Commanders List. In a sense, it is a career mode, but it also incorporates the advancing technology of the Axis and Allied forces. As you progress, not only do your foes become smarter, their machinery and methodology advances, mimicking history. Thankfully, the U-boats improved also, but everything is on a steep curve with high stakes.

Regardless of which type of mission you opt for, the game is pretty good a creating tension and sense that there truly is something at stake. It’s scary to hear depth charges around you, it’s creepy to know that you’re alone and frightening to have your ship breaking up around you.

Since this game is played over long periods of time, Ultimation had the forethought to include a time compression setting. In effect, you can speed things up so long hauls across oceans can be done in a more manageable way.

SH II has no multi-player version though an intriguing alternative will be offered. Destroyer Command will be launched the day of this writing, allowing two different players to have distinctly different roles in the same campaign. While games with multiplayer options are common, the notion of two different stand-alone game interacting with each other is interesting. 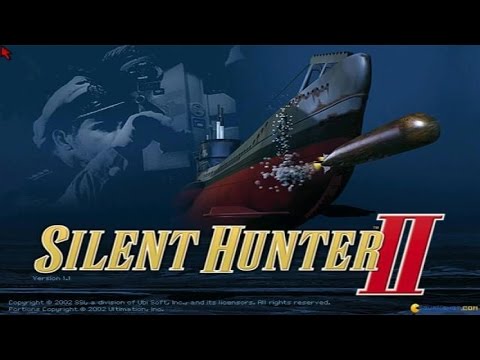 One thing a game like this has working to its advantage is that it can create nice visual cues. Adobe acrobat xi pro patch hosts file. Action doesn’t happen too quickly, so scenery doesn’t have to be generated at high rates; in turn, nice details can be designed into the views. The different control panels have historically accurate appearance, the colors of the sky fade nicely near the horizon and the ship profiles are realistic and detailed allowing identification from a distance. Initially, you may not notice some of the finer visual cues, but you’ll learn appreciate and even rely on them as the game progresses.

Like the graphics, the audio offers what I presume to be true-to-life sounds. It provides a good sense of your surroundings and in certain situations, are an integral part of the game. Planes strafing your ship sound as though they are actually flying over you. When in the Sound Station (where you try to identify ships and subs audibly) the sound clarity is acute enough to differentiate between types of ships.

SH II comes with a user manual that is thorough and necessary. Being a simulation, this isn’t something you can stuff into your CD-ROM and start playing. Most of the ship’s operations require multiple steps may require referencing the manual. Also, a help menu is just a click away; critical when you realize that 50+ functions are listed on it.

Potentially the coolest feature is the ability to operate in a single campaign with a different game, Destroyer Command. The notion of playing an entirely different title in the same arena is very intriguing. Unfortunately, the literature and articles I found only incidentally mention this feature, so I simply don’t know what to expect. The game’s CD has a interview and the manual has a couple of stories of remarkable tenacity -- truly harrowing stuff. Another feature is the ability to create your own ship insignia and use it on the U-boat. I see product placement! Perhaps Phillip-Morris will put the Marlboro logo on the sail of a submarine and have Ross play SH II on 'Friends.'

The original Silent Hunter was published five years ago and received much acclaim. Sub Command was introduced earlier this year but is based on current era submarines. Thankfully, despite cornering the market of WWII sub games (such as it is), Ultimation didn’t design it to the lowest common denominator. Though a fundamentally complex game, it’s surprisingly easy to control the ship. I had envisioned difficult and frustrating operation and didn’t expect much in terms of quick help (read: not having to plough through its almost 200 page manual). SH II is a well thought through game that makes the player think also. Patience is a critical commodity, as is the ability to stay cool under pressure.

While this game is enjoyable, interesting, clever and even educational, its realism may be its weak point. If I haven’t impressed upon you enough, it’s a slow evolving, deliberate game requiring patience and intelligence. It just couldn’t keep the interest of most players. Most likely, only someone with a specific appreciation for this type of game would bother buying it. That said, this could have been a game that reaches a larger audience by not being so accurate. Both in terms of scripted missions (lack of flexibility) and more so the sheer amount of effort to do simple tasks. Hats off to them for making it user friendly but more needs to be done. A pretty strong effort for the right audience.

Compared to planes, submarines have been a bit neglected when it comes to sims. It's hardly surprising, really. Being stuck underwater for months at a time with nothing but a load of sweaty blokes and a collection of 'gentlemen's entertainment journals' for company isn't exactly the stuff of boyhood dreams. Still, anyone who saw Das Boot will know that tense sneaking about trying not to get depth-charged is great material for a game.

Silent Hunter II, like its predecessor, is set in WWII. Unlike the first game, this one has you playing a U-Boat commander doing your best to wreck the convoys carrying supplies from the USA to Britain. As you may or may not know, submarines don't have windows, but this hasn't stopped SSI from using a very nice 3D graphics engine, with multiple camera views, as well as a suitably atmospheric view from the periscope. The usual single missions and campaigns are promised, as well as a very promising multiplayer link up with warship sim Destroyer Command.

Ping Is Usually a lovely sound.It's the sound of scoring a point, of picking up a star, or doing something equally positive. But in Silent Hunter II, ping is a sound of pure terror. For when you're pinged, you don't have long to live.For the uninitiated, this game is a U-boat simulator set during the Battle for the Atlantic - the naval campaign that lasted the duration of WWII.

While it's realistic, like any good simulator Silent Hunter II is also completely unforgiving (for instance, the engine controls are all in German). You have to pay attention to what's going on, plan thoroughly, and learn how the submarine controls, sonar system, combat station and navigation work.

But once you have, the only games that really can beat Silent Hunter II for tense, tactical combat, are the later titles in this series.There are a few downsides to this game. While there's a multiplayer function, allowing you to play with other U-boats and against destroyers (if you find someone with a copy of Destroyer Command), it's excessively buggy. This is fixable by using the unofficial patch Projekt Messerwetzer, but remains a massive flaw. Also, with almost all of its (equally great) sequels similarly cheap, recommending this one over those ones becomes difficult One for the completists only, we're afraid.